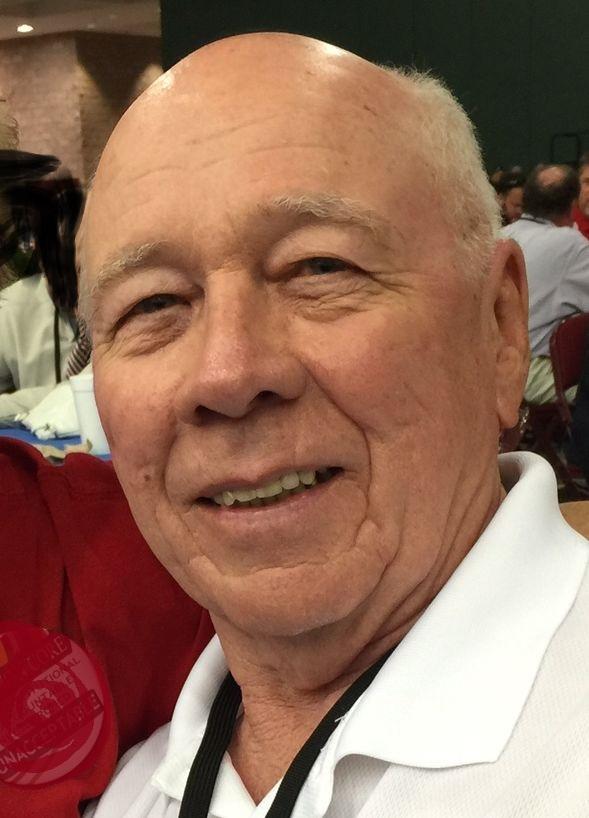 David Ellis Jones, age 73, passed from this world to be with the Heavenly Father January 27th after a courageous battle with Amyotrophic Lateral Sclerosis (ALS). Son of the late Leonard and Dorothy Jones of Bellevue, Ohio. David was a graduate of Kent State University and proudly served his country as a UH-1 helicopter pilot (Chief Warrant Officer 2) with the United States Army’s 227th Aviation Division, 11th Aviation Group, 1st Cavalry Division (Airmobile) in the Vietnam war where he was awarded the Distinguished Flying Cross for action in July 1968. Jones was further awarded the Bronze Star, Air Medal and the Purple Heart by the end of his tour. Returning to the States, he became a flight instructor for rotor aircraft at Hunter Army Airfield in Savannah, Georgia until honorably leaving the service. Jones married his wife Missy in 1970 then moved to Mount Pleasant, North Carolina. Jones spent almost two decades flying for the Barfly Company, then Duke Power Company as part of a high-tension line and right-of-way inspection team. His work also led him to fly Elizabeth Taylor to and from the World 600 NASCAR race won by Richard Petty in 1977. Retiring from flying, Jones fought floods, snakes and yellow jackets to open The Golf Club, a public driving range in Concord in 1993, catering to his passionate love of the sport. Jones retired after thirteen years. David Jones was a brave soldier, proud American, father and grandfather, devoted husband and strength of his family. He lived life on his terms and will be remembered for his smile, practical jokes and his ability to repair almost anything. We are proud to have known you and you have made us all better for being part of your life. The family will have a private service at the Salisbury National Cemetery in his honor. In lieu of flowers you may make a contribution in his name to Hospice of Cabarrus County, 5003 Hospice Ln, Kannapolis, NC 28081 or the North Carolina Chapter of the ALS Association, 4 N Blount St #200, Raleigh, NC 27601.
To order memorial trees or send flowers to the family in memory of David Ellis Jones, please visit our flower store.