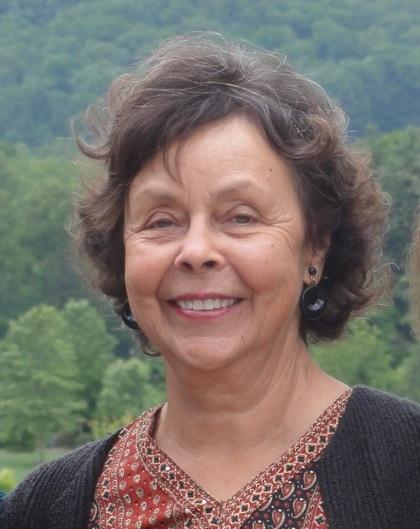 Doris Lee Triplett Barnhardt, age 76, went to the heavenly gardens to be with Jesus on July 13, 2012 in the presence of her three daughters. Born April 10, 1936, Doris grew up in Lenoir, NC as one of seven children of Don and Louise Killian Triplett. In 1954, following graduation from Gamewell High in Lenoir, she took a summer job at Mayview Manor in Blowing Rock. There she met David Franklin Barnhardt, a teacher looking to join the Navy, and they married on August 10, 1957. They were married for 52 years until his death in 2010. After travelling the US and overseas as the wife of a Navy Commander and pilot, David, Doris and their four children settled in Mt. Pleasant, following 22 years of military service. Immediately they became active in the community. Doris was instrumental in establishing the Mt. Pleasant Historic District focused on preservation of historic properties in Mt. Pleasant and inclusion of them in the National Register of Historic Properties. She also spearheaded the first ever tour of historic homes in Mt. Pleasant, and was on the board of the Eastern Cabarrus Historical Society Museum. She owned and operated an antique store in Mt. Pleasant where she restored and preserved many historical pieces. First Baptist Mt Pleasant was her loyal church home for 33 years where she was a Sunday School teacher for over 20 years, active in local and foreign missions, and a loyal supporter. Doris was an avid flower gardener with a special affection for rose bushes. She was most happy digging in the dirt and getting plants to grow that she brought to her gardens from friends, family and unique places. We will miss her beautiful smile, tender heart and warm embrace but her spirit and seeds she planted in those around her will live forever. She is survived by three daughters: Mrs. Kelly Leimer (Greg) of Charlotte, Dr. Beth Froese (Greg) of Chicago area, Illinois, and Mrs. Frances Black (Quinten) of Asheville, NC , and 13 grandchildren. Her 5 surviving siblings are Cecil Triplett of Lenoir, Earlene Triplett Hoyle of Lenoir, Judy Triplett Forbes of Granite Falls, NC, Doug Triplett of Hudson, NC and Jerry (Pete) Triplett of Charlotte, NC. She is preceded in death by her husband David (d. 2010), son David Brian (d. 1990), her parents Don (d. 1994) and Louise Triplett (d. 2000) of Lenoir and her brother Wayne Triplett (d. 1999). Special thanks to the loving support of First Baptist Church of Mt Pleasant for their care during her illness. Also, special thanks to the health care providers at CMC - Northeast, Cabarrus Family Medicine, and the Tucker Hospice House. Visitation and viewing will be from 3:30 pm to 5:20 pm with Funeral service immediately following at 5:30pm, Monday July 16 at First Baptist Church. Interment with be the Tuesday at 10:00 am at Oakboro Cemetery with family and friends.
To order memorial trees or send flowers to the family in memory of Doris Barnhardt, please visit our flower store.