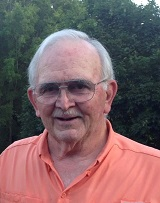 George Richter Hahn, Jr., 72 of Mt. Pleasant, passed away Saturday July 4, at Atrium Health – Cabarrus after a sudden brief illness. A graveside service will be held 1:00pm, Thursday July 9 at Mount Gilead Lutheran Church Cemetery, (mask are requested) officiated by Rev. Ray Sipe. Pallbearers will be Greylyn Baker, Jason Hahn, Ben Baker, Rex Huntley, Sara Johnson and Asiel Holt. Rick was a proud native of Mount Pleasant. He attended Mount Pleasant High School, was voted most popular for his senior superlative and graduated in 1966. After graduation he attended NC State and was part of the ROTC. He was a Distinguished Military Graduate and an Honor Graduate. He was also part of Theta Chi Fraternity. He also received his Bachelor of Science, go Wolfpack! After NC State, Rick joined the United States Army and was commissioned as a second lieutenant in the Armor Branch. During this tenure in the Army he was a rotating Wing Aviator and unit Commander. He received the National Defense service medal and the Armed Forces Expeditionary medal. He was a flight instructor on the Huey aircraft and served in Korea, he was proud to serve our country. After serving in the Army, Rick worked for BellSouth AT&T for 25 years retiring 10 years ago. He was also an active member of Mount Gilead Lutheran Church. Rick was an avid football fan, especially the Carolina Panthers; he never missed a game and re-watched most more than once. He also loved his garden. He truly made a country girl out of Becky, by working in the garden and learning to can and freeze so there was plenty for the year. One statement sums it up for Rick he loved God, Becky, family, friends, his country, football, and his garden, he loved the simple life and good food! Family and friends are extremely important to Rick. He married his true love of almost 30 years Becky. Rick was a loving husband, stepfather, brother, friend and paw-paw. Rick was preceded in death by his parents George and Rachel Hahn. Survivors include his loving wife Becky, sister Jan Houck and fiancé Jay of Hickory; brothers Roger Hahn and wife Kay of Mount Pleasant, Tim Hahn and wife Melanie of Mount Pleasant; stepdaughters Crystal Smith of Charlotte, Missy Baker and husband Ben of Monroe; his grandchildren Ty Johnson and wife Natalie, Greylyn Baker, Becca Johnson, Taylor Baker, Sara Johnson, Kendra Johnson and his great-grandchildren Little T and Bentley; his best friend Bill Wensil; several nieces and nephews; Becky’s sisters, Debby and Cheri and husband Bill. Memorial donations may be made to Mount Gilead Lutheran Church, PO Box 14, Mount Pleasant North Carolina 28124.
To order memorial trees or send flowers to the family in memory of George Richter Hahn, Jr., please visit our flower store.