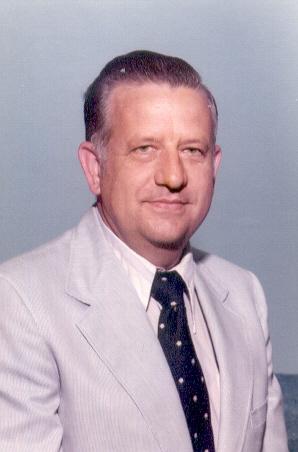 Mr. Philip Marion Byrd, II, 84 of Mt. Pleasant, NC passed away Wednesday, April 23, 2014 at the Tucker Hospice House. Funeral service will be 3:00pm Sunday at Sosebee Funeral Home, 191 Jarvis St. Canton, GA; burial will follow at Cherokee Memorial Park. The Byrd family will receive friends from 6-8pm Friday, April 25, 2014 at Gordon Funeral Home of Mt. Pleasant. Mr. Byrd was born December 5, 1929 in Fairmount, GA, son of the late Philip M. Byrd and Cora Owen Byrd. He was a member of St. James Reformed Church where he enjoyed being a member of the Senior Adult Sunday School Class. He was retired from Crompton & Knowles Chemical and Dye Company. He was a member of the Mt. Pleasant Lions Club, he assisted with Meals on Wheels, supported the Boy Scouts of America, and he was a former Jaycee. He was a member of AMS of Charlotte. He had served on the Town Board and Zoning Board for the Town of Mt. Pleasant. He is survived by his wife Barbara Stafford Byrd, son Philip M. Byrd III of Salisbury and a daughter Becky Byrd of Raleigh and a grandson Noah Byrd. Memorials may be directed to St. James Reformed Church, PO Box 447, Mt. Pleasant, NC 28124 or to Reinhardt University, 7300 Reinhardt College Circle, Waleska, GA 30183.
To order memorial trees or send flowers to the family in memory of Philip Byrd, please visit our flower store.