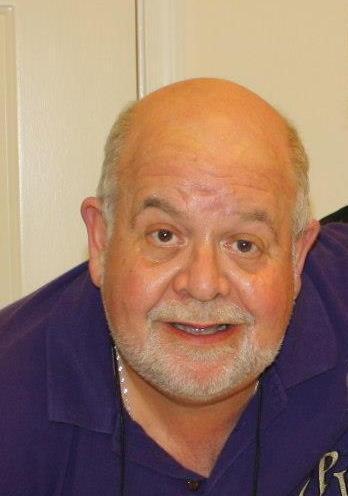 Russell Ralph Miller "Rusty" - Went to live with our Lord and Savior, Jesus Christ, Saturday morning, March 2, 2013, at CMC Northeast. He had been in and out of the hospital with pneumonia due to reflux and aspiration, for several years. He was born on September 30, 1956, Newland, NC, to the late Ralph Jack Miller and Myrtle Wright Miller. He lived most of his life in the Mint Hill, NC area, moving to Concord in 1987. He was a member of New Horizons Baptist Church, in Midland. He graduated from Independence High School in 1974, and attended CPCC in Charlotte. Left to cherish his memories is his loving wife and best friend, Donna Marie Miller. They were married on May 26, 1990, having celebrated 22.5 years together. He is also survived by his mother, Myrtle Wright Miller, his sister Janice (Bill) Dowdy, and niece Nanette Collins, his son, John-Joseph "Joey" Estes, his daughter, Khrystal J. Dorton (John), his granddaughters; Cheyenne Jacklynn Dorton and Samantha Lee Dorton. Including many family and friends. He considered Khrystal's closest friends as his adopted children. Growing up Rusty, would spend his summers on the family farm with his Uncle George and Aunt Hazel Wright in Newland, NC. Rusty had a lot of wonderful memories of those summers. This past August, Rusty took everyone up there, and was like a little kid showing everyone the place he loved. He will be buried on the mountain in Newland, as were his wishes. He loved watching NASCAR racing and especially Football. Rusty and his Dad always enjoyed going fishing, and taking Joey and Khrystal. He truly loved the outdoors, especially when it snowed. It started snowing on Saturday morning right after he passed away. We all knew he made it to heaven at that point. He loved all animals, especially all of the family cats. Rusty worked as an electrician for Dobson Electric and Fieldcrest Cannon at the Salisbury plant and several other companies over the years. His last position was with the Federal Government Census Department. Due to his disabilities, he retired early. Rusty was a member of the NC Militia unit for Cabarrus County for several years, until it was disbanded. He also served as Scout Master for the Cub Scouts and Boy Scouts troops at Center United Methodist Church. Visitation will be on Thursday, March 7th from 6:00 - 7:30 pm. Funeral services will be Friday March 8th at 11:00 am at Gordon Funeral Home of Mt. Pleasant, with Pastor Gary Wyrick officiating. One special charity near and dear to his heart is the Cabarrus Spay and Neuter Clinic of Cabarrus (Concord, NC). Please make donations in his name, if you choose.
To order memorial trees or send flowers to the family in memory of Russell Miller, please visit our flower store.