Shirley Maness Johnson, 88, of Concord, passed away October 1, 2022 surrounded by her family.

A service in celebration and memory of Shirley’s life will begin at 2pm Monday October 3rd, in the chapel of Gordon Funeral Home, 8559 Cook Street, Mt. Pleasant. Her family will receive friends there beginning at 1pm.

Shirley was born in Montgomery County, NC on August 24, 1934 to the late Ed and Bertha Britt Maness. In addition to her parents, she was predeceased by her husband of 63 years Paige Rush Johnson; siblings Maybelline Lynthacum, Evelyine Bollinger, Clifton Maness, Janie Yarboro, Wilbert Maness, and Billy Maness; also her son-in-law Tim Taylor.

She was a member of First Assembly Worship Center. She loved her first job at Blake's Restaurant in Biscoe. Later in life, she enjoyed working as a homemaker and with Paige as co-owner and secretary of P&S Trucking. She enjoyed her years as a member of TOPS Clogging Group. She also loved spending time at Lake Tillery with family and friends.

To plant memorial trees or send flowers to the family in memory of Shirley Johnson, please visit our flower store.

Your condolence is awaiting moderation. Once approved it'll appear in the guestbook.

Shirley was always one of my favorite first cousins. We all were born and raised on the Mill Hill in Biscoe. We lived just three houses apart. We were all a big family. Many happy days were spent in the old school house in Biscoe. Oddly enough, I remember well two dresses Shirley bought with her first pay check. Identical in style, but different color combinations. . . She was an expert "clogger" and skilled with needle and thread.

A candle was lit in memory of Shirley Johnson

Wanda and Family, I’m so sorry to hear about your mom. Prayers for strength and comfort.

A candle was lit in memory of Shirley Johnson

We send heartfelt sympathy to Shirley’s family. We love her so much and have so many precious memories tucked away in our mind’s and heart’s of time spent with her. Love you all and you will continue to be in our prayers!

So sorry to hear Wanda Kris and Brian. She was a lovely lady. Love you all.

So sorry to hear about your Mother,Wanda.

A photo was added for Shirley Maness Johnson 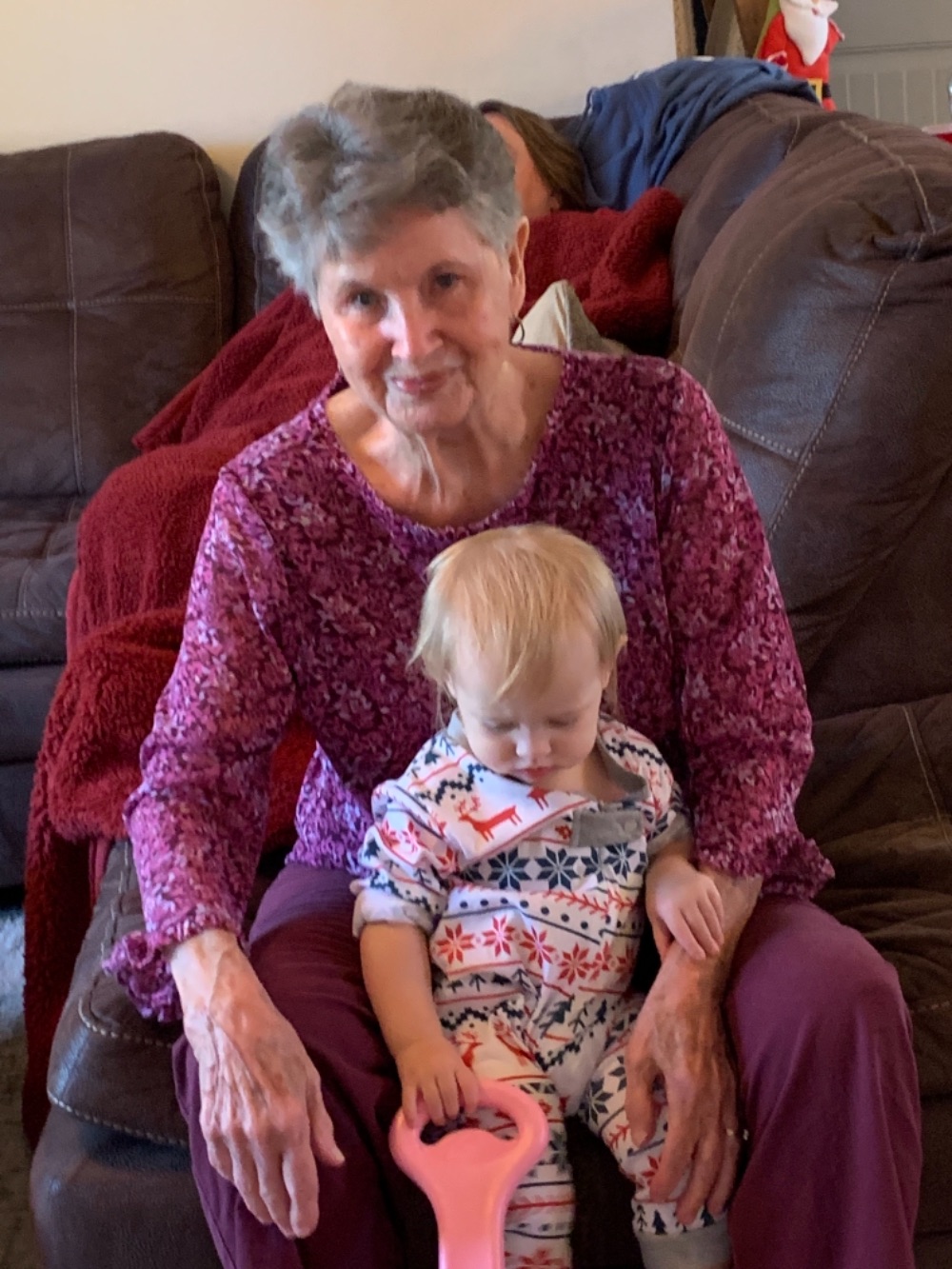 A candle was lit in memory of Shirely Johnson

Text me the address

Text me the address